Faith Leaders and Lawmakers Call for Action on Child Poverty 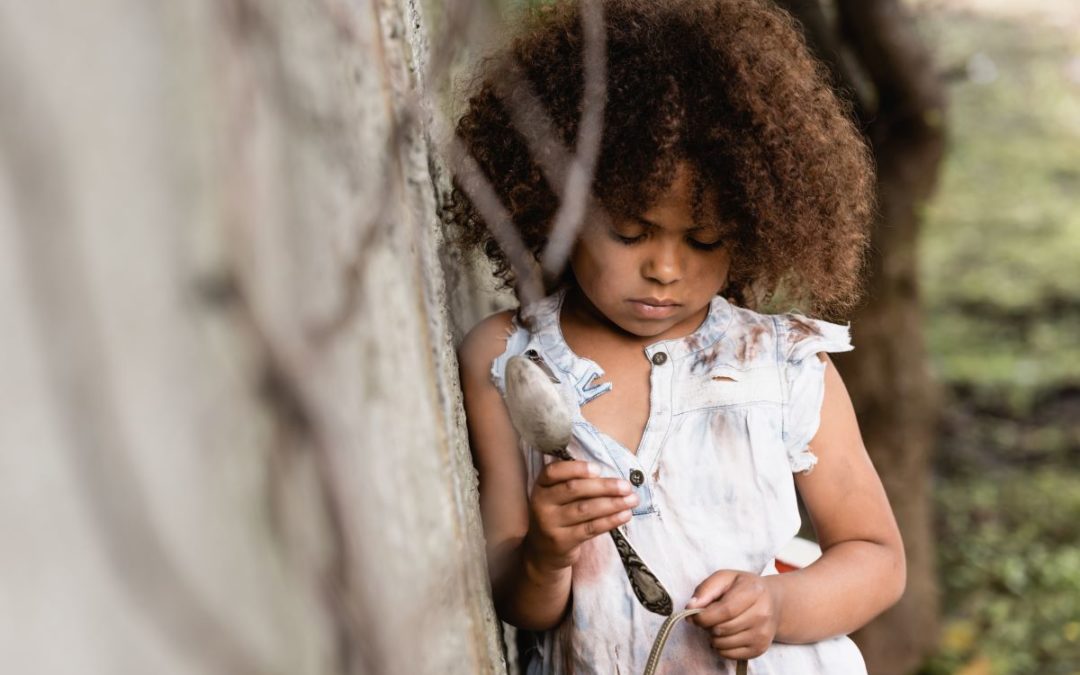 “For many of us, this is a season of miracles — the miracle of Jesus’ birth, the miracle of Hanukkah. But expanding the Child Tax Credit? That shouldn’t take a miracle.”

That was the opening message FCNL’s Abibat Rahman-Davies brought to lawmakers yesterday, when leaders of a powerful coalition gathered for a press conference in the heart of the Rayburn House Office Building.

The speakers—a mix of faith leaders, lawmakers, and parents—came from a wide range of backgrounds and religious traditions. But they were united by their mission: Calling on Congress to expand the Child Tax Credit (CTC), a key anti-poverty benefit, before the end of 2022.

The expanded CTC lifted millions of children out of poverty in 2021. But Congress allowed it to lapse at the end of the year just as prices for food, fuel and housing were rising, plunging many of those households right back into financial insecurity.

Sen. Sherrod Brown (OH) and Rep. Rosa DeLauro (CT-3) echoed Abibat’s call. “Now that the expanded Child Tax Credit has lapsed and costs are rising, families are counting on us to extend that expansion once more,” said Rep. DeLauro. Sen. Brown, meanwhile, put it succinctly: “There’s nothing more important than doing this.”

After the lawmakers spoke, faith leaders and parents from Quaker, Catholic, Jewish, Evangelical, and Mormon backgrounds called on Congress to seize this moment. As FCNL General Secretary Bridget Moix put it, “Lawmakers have a moral responsibility to care for all of God’s children. Expansion of the Child Tax Credit is a golden opportunity to live up to that responsibility.”

With just days left in the 117th Congress, it’s our job to ensure that legislators live up to that responsibility. As Rep. DeLauro reminded us, Congress is an institution that responds to outside pressure—and you are that outside pressure.

Urge your members of Congress to expand the Child Tax Credit before the end of 2022 and provide relief to struggling American families.

Continuing Resolution Buys Time to Finalize Spending Bill
Congress passed a one-week stopgap measure to fund the government until Dec. 23. This gives lawmakers more time to finalize an omnibus spending bill for FY2023. We see opportunities for this massive legislation to carry some critical FCNL priorities, including funding for peacebuilding accounts, protections for some undocumented immigrants, repeal of the 2002 Iraq war authorization, election safeguards, and more.

Yemen Vote Withdrawn
Sen. Bernie Sanders (VT) withdrew a planned vote on his Yemen War Powers Resolution (H.J.Res. 87/S.J.Res. 56), saying he would enter negotiations with the White House on a compromise bill. While disappointing, it is a credit to the persistent efforts of Yemeni-Americans and FCNL advocates that lawmakers continue to push for an end to U.S. complicity in the Saudi-led war in Yemen. Sen. Sanders will reintroduce this legislation when the new Congress begins in January.

Our Duty to Protect Afghan Communities
As the year draws to a close, thousands of Afghans who were forced to flee following the U.S. withdrawal from their country find themselves without a guarantee that they will be allowed to stay in the United States beyond next year. Congress has an obligation and an opportunity to act.

Oregon Lifts Death Sentences
On Dec. 14, Oregon Gov. Kate Brown commuted the capital sentences of all 17 death row prisoners and instructed officials to dismantle the state’s execution chamber. FCNL supports a moratorium as a first step to ending the death penalty, and continues to call for its full abolition.